Good Luck or a Burden?

People who survived persecution by the Nazis as children, child survivors, have increasingly become the focus of Holocaust research in recent years. There are two main reasons for this: First, more than 75 years after the events, they are the only surviving witnesses of the Holocaust. Secondly, since the 1980s and 1990s, the significance of traumatic – and often not fully rationally remembered – childhood experiences for later life has been researched and acknowledged more than was the case in previous decades.
Rebecca Clifford of Swansea University in Wales has now written a great book about these people, for whom the attribute of lucky survivors that has been bestowed on them has in many cases become a burden: Survivors. Children’s lives after the Holocaust, Yale University Press 2020.

Why do I find this book great? Above all, it is good to read, a page-turner. It is based on extensive archive research and on interviews that the author herself has conducted with protagonists, always combined with methodical reflection on this oral history. Thus the book is at the same time critical, but nevertheless very close to the protagonists, even though they are always mentioned with their given name and the initial of their surname only in order to protect their personality. We encounter the same children and their path in adult life up to a ripe old age again and again in the various chapters, and we recognize them again and again because their number is kept manageable and because the author always gives us small aids for recognition.

These paths of life are actually also the chronological thread of the book. It tells of the other war after 1945, when for many of the surviving children the time of insecurity and the often multiple transplantation was just beginning. After the phase of relative normalcy in the 1950s and 1980s, in which they themselves founded families, separation and divorce were often followed – when their own children had grown up – by a reflection on the gaps in their own lives and an attempt to fill them, often against strong resistance in their own environment. And finally today: today many of them have explored their stories, told them again and again in interviews, adapting their composition and coherence, have become moral authorities of the dictum never forget! 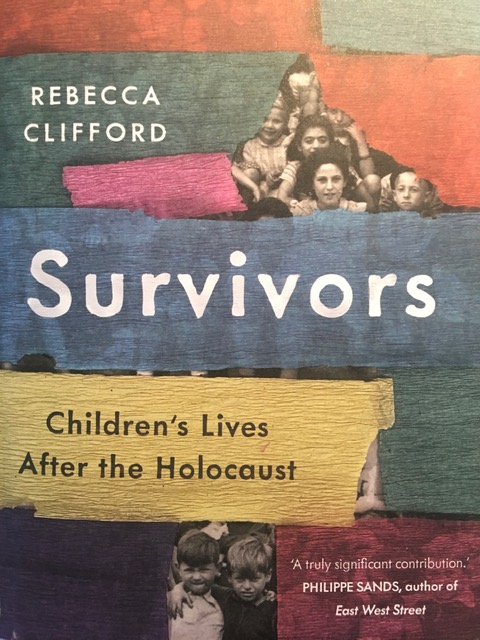 These narratives of life stories are embedded in the social and psychological-historical currents of the time, whereby some very special insights emerged for me with regard to the questions of how individual and collective memory relate to each other and how the idea of lasting trauma consequences developed only quite late in psychology – namely, promoted by the debate in Germany since the Federal Compensation Act of 1956 and the Vietnam War. Clifford succeeds in questioning and re-examining key concepts of previous research on the topic: Trauma, testimony, survival, silence.

Another quality of the book is its structure: each chapter title already clearly reveals what the chapter will be about. Nevertheless, there is always an unexpected twist, for example in the concept of survival. After all, who would have thought that it was debatable, that survivors were often confronted with the question of whether they were actually survivors and were recognized as such? And that the separate survival of several members and their reunification after 1945 often meant exactly the opposite of a happy end? Such twists and turns make the book not only easy to read, but also exciting in the best sense of the word.

Only in the last chapter on various forms of silence (Silences) I don’t really find the clear reference to the title. This may be due to the fact that as a family researcher who is particularly interested in the phenomenon of silence within families and its – also transgenerational – consequences, I had hoped to gain a lot of new insights from this chapter.

As you can already see, as in my first review of a book about a perpetrator family here on the side of victim narratives (Clifford also questions the term victim in a profitable way with regard to child survivors) I would like to end by explaining why I think the book is basically worth reading from the point of view of a genealogist. I do this with a sentence by Clifford referring to the sociologist Maurice Halbwachs – who was murdered in Buchenwald – and his concept of collective memory: The family’s collective memory strongly shapes the individual’s view of the past.