Genealogy and provenance research have much in common. Both sub-disciplines of historical science deal with origin, origin of people, origin of objects (Latin provenire = to come forth). The 1998 Washington Principles on Nazi-Confiscated Art refer to works of art. The implementation of these principles for Germany takes the term further: it does not only refer to art treasures, but to cultural assets in general, i.e. objects with cultural significance regardless of their monetary value. These can be objects in a museum or a library, but also objects in private ownership, family heirlooms.

This is what provenance research is all about: where do the objects in public collections come from and how did they get there, legally – for example through the art trade -, through looting or expropriation, or as a result of (direct or indirect) coercion or pressure. Genealogy is usually the key discipline for reconstructing ownership histories and identifying eligible descendants.

Published by Simone Vogt and Johannes Schwartz, the book, like the accompanying exhibition at the Museum August Kestner in Hannover in 2019, documents the ongoing work on the origin of objects in the city’s cultural-historical collections. This kind of work is not really new in museums. What is new (since 1998/99) is the systematic investigation of objects with unclear origins that were acquired during or after the Nazi dictatorship. Also new is the hiring of specialized staff for this purpose. Otherwise archival research would hardly be possible beyond the routine work of a museum.

Regarding a linen cupboard and an embroidery from the former property of Klara Berliner, who was wealthy and then expropriated and deported by the Nazis, Schwartz writes that these objects are perhaps only a marginal phenomenon from a material point of view. Apart from that, however, they are of high symbolic and emotional value.
Why it took decades of lobbying on the part of Jewish associations and more than fifty years after the end of the war to recognize such values and the necessity of systematic provenance research for coming to terms with the German past is and remains incomprehensible to me.

Klara Berliner’s face with her big, alert gaze looks at us from the book cover. It is a beautiful book. The structural title embossing makes the traces palpable, too. On the front and back pages (before the dirt title and behind the imprint), full-page archival documents such as inventory lists and letters are reproduced, in which provenance researchers are looking for such traces.

The individual contributions range from traditional catalogue texts describing the objects to research reports. Most of them are a pleasure to read (in terms of style) and – from a genealogist’s point of view – they are particularly exciting when it comes to reconstructing life stories. About people’s life stories, but also about life stories of museum objects. In one of her texts, Simone Vogt emphazises that it is worthwhile to take a look at their biography, if possible complete, from the production (or in the case of archaeological exhibits: from the time they were found) to their presentation in the museum today. And finally – now I am speaking again as a genealogist – stories of objects always belong together with life stories of people. 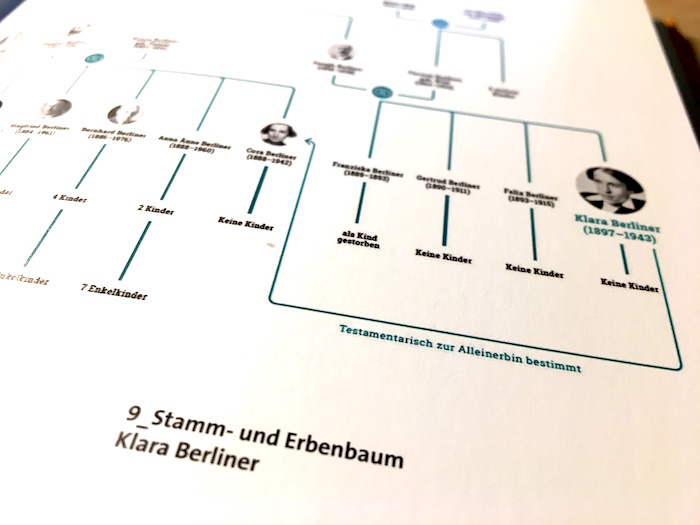 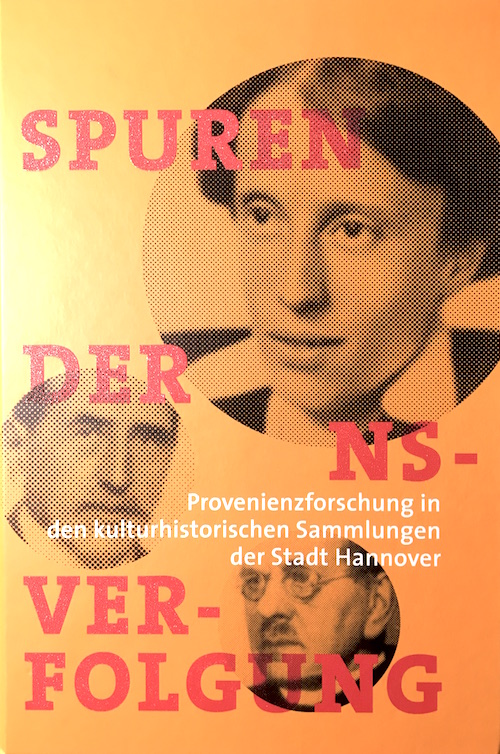 More than a Marginal Phenomenon

Apart from the cabinet and embroidery, the book is about individual objects and collections such as gold coins, statuettes, books. You won’t find stories about sensational cases like the Gurlitt painting collection, the Amber Room or railroad trains full of Nazi gold here.

For people who, like myself, have no personal connection to Hanover, the search for traces in this book may, at first glance, appear to be only a marginal phenomenon of provenance research. But at second glance it is more. For the book documents in an exemplary fashion the seriousness, effort and sense of responsibility with which the financial framework conditions were first created at the political level in the capital of Lower Saxony and then the projects for historical reappraisal were begun at the scientific level.

The Washington principle, that a just and fair solution should be found in the case of proven looted art, is repeated by the authors almost mantra-like. This sounds as if it should be emphasized from a museum perspective that restitution to heirs is not the ultimate goal. Indeed, the quoted principle takes into account the often complicated circumstances. In some cases of persecution-induced deprivation, no heir can be determined, in others several heirs are found, who have different relationships to the persecuted ancestors. In addition, persons who were beneficiaries of the persecuted persons in their wills may themselves have been involved in the Nazi system (in which case the Washington Principle exclude restitution). Or wills or sales may have been based on compulsions caused by persecution, so that voluntary decisions cannot be assumed. This does also make legal claims of the heirs or buyers or their descendants appear doubtful.

This complexity of provenance research can best be illustrated in a narrowly defined area such as the cultural-historical collections of the capital of Lower Saxony, Hanover. And the presentation succeeds well in this book, not least due to the participation of various institutions (museums, libraries, archives) and disciplines (art history, history, library science).

Moreover, the focus often extends far beyond Hanover. This is particularly evident in the case of a Greek grave stele in the August Kestner Museum and in the research into its provenance. Schwartz can prove that it was most likely a gift from Robert Ley, the head of the National Socialist German Labor Front, to Hermann Göring on his 50th birthday on January 12, 1943. Göring incorporated the stele into his extensive art collection. This was located in his representative hunting palace Carinhall in the Schorfheide north of Berlin, until two years later it collapsed like the entire criminal hubris of the 1000 year Reich.

A few months ago, I went to the Schorfheide to search for remains of Carinhall, wrote about it in my blog (> Carinhall) and received a message from Dr. Johannes Schwartz with a reference to the stele in the Kestner Museum and to the book discussed here. The remains of the foundation in the forest, the Carinhall exhibition in the nearby museum in Groß Schönebeck, the stele in the museum in Hannover, the biography of the stele and the biography of Göring and his family (in 2014 – 4 years before her death – the daughter Edda, who was baptized in Carinhall, demanded the return of parts of her father’s fortune) – these are all individual parts of an important chapter in German history. And like a puzzle, a picture only emerges when as many pieces as possible are put together. 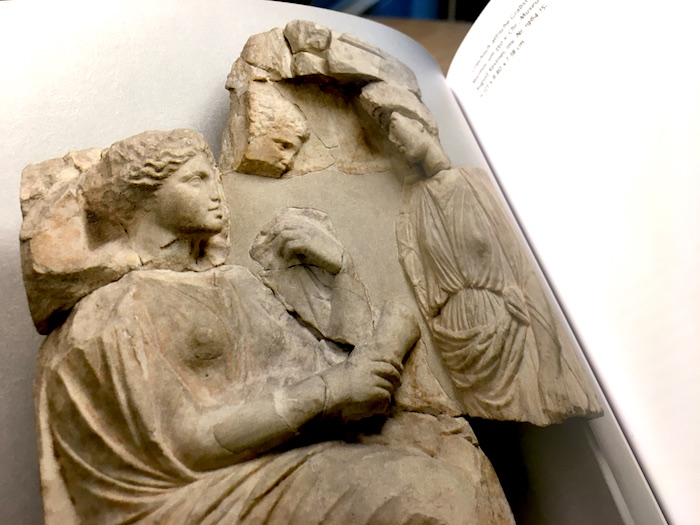 The Purpose of History

The more we know about the past, the smaller the danger that we forget it. In this sense, provenance research is far more than the reconstruction of the ownership and origin of museum objects. Provenance research is an important contribution to the culture of remembrance beyond the moral imperative of reparation. Interpreting traces of the past and providing knowledge about the past as a basis for a culture of remembrance: that is the social mandate of historical studies with all its sub-disciplines.

You can order the book online for shipment home or to your local bookstore from www.genialokal.de

(or internationally with the well-known large suppliers)