Much has been said about the longest and largest construction site in Berlin: the new BER airport. In the meantime, it is in operation, albeit more poorly than well. Another major construction site has taken at least as long. For 16 years, the way into the venerable Staatsbibliothek Unter den Linden led through a back entrance and a temporary tunnel painted poison green. 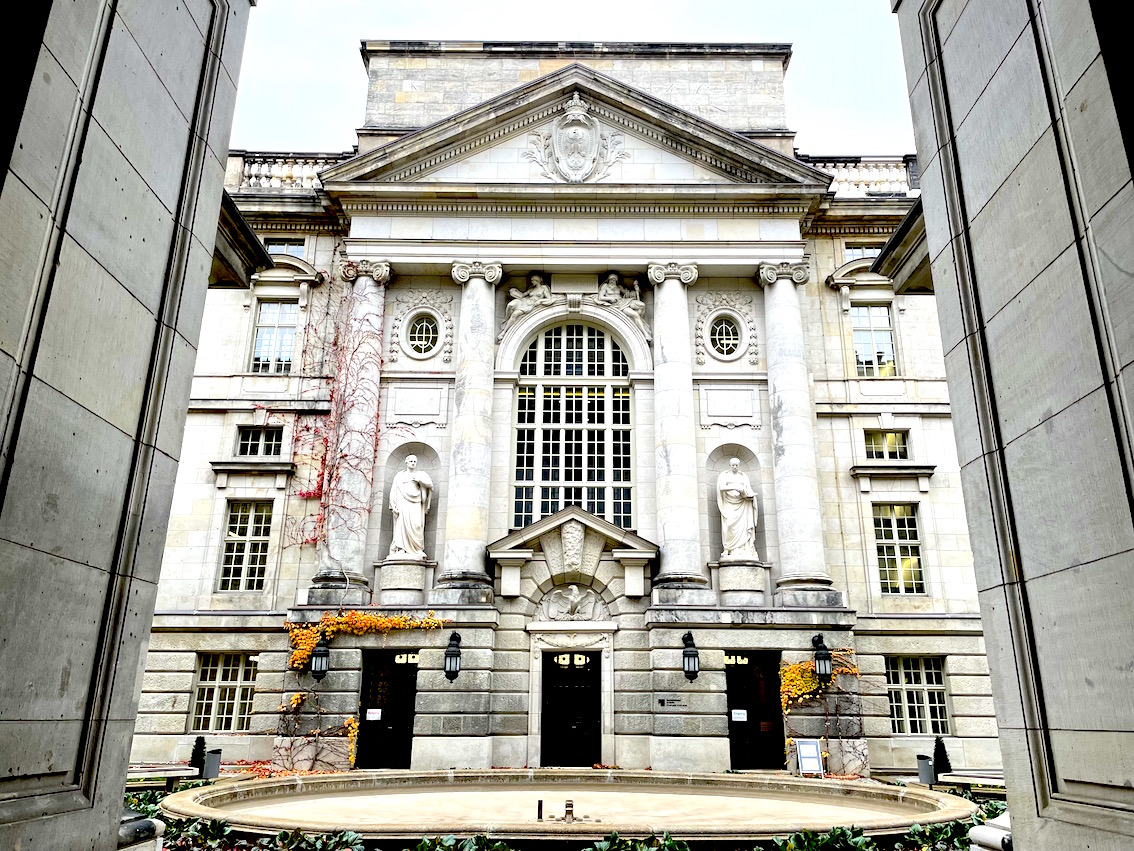 On January 25, 2021, the festive opening finally took place, with an address by the President of the Bundestag, Wolfgang Schäuble, but only digitally and rather stiffly (here the opening ceremony on youtube, in German). In the meantime, Corona had paralyzed large parts of public life. When users were finally granted access under strict hygiene regulations in June, the workstations were always booked up for weeks. But now I finally made it! As in my first years in Berlin, I was once again able to enter the building via the main entrance and climb the large flight of steps to the reading room. 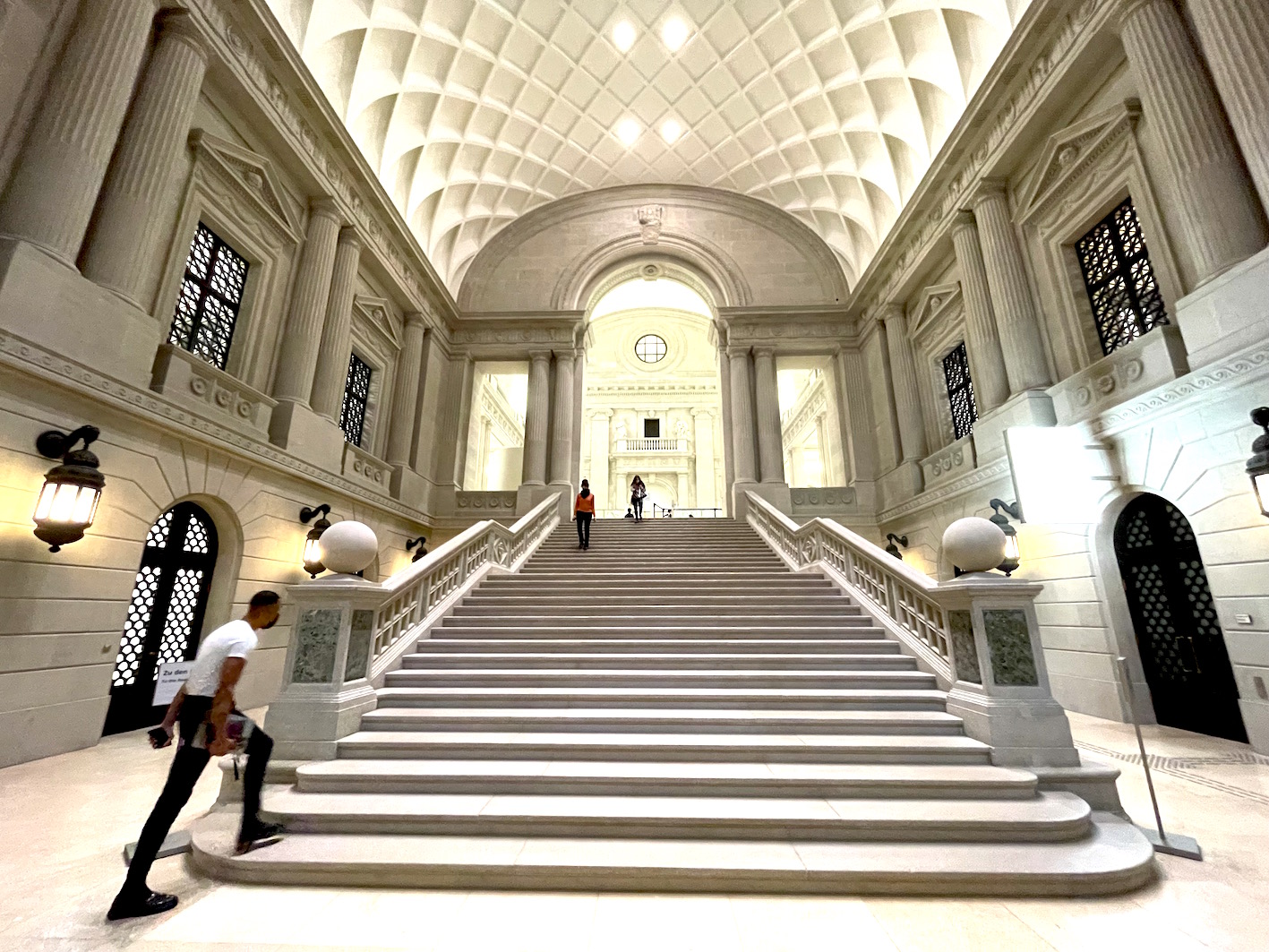 The Staatsbibliothek Unter den Linden is the old Staatsbibliothek Ost, i.e. formerly located in the GDR. Its sister at Potsdamer Platz was the Staatsbibliothek West. There, in the magnificent functional building by Hans Scharoun from the 1970s, I spent many fruitful research hours. But Unter den Linden breathes even more of the breath of history on you. The building was built in the neo-baroque style at the beginning of the 20th century, and the large central reading room was destroyed in World War 2. As a result, four large magazine towers were built in its place in the 1950s, so the building was completely blocked. It was not until 2005 that construction work began to change that. The new central reading room opened in 2013, a glass cube designed by architects HG Merz, a fantastic light-filled space surrounded by galleries and magazine racks. 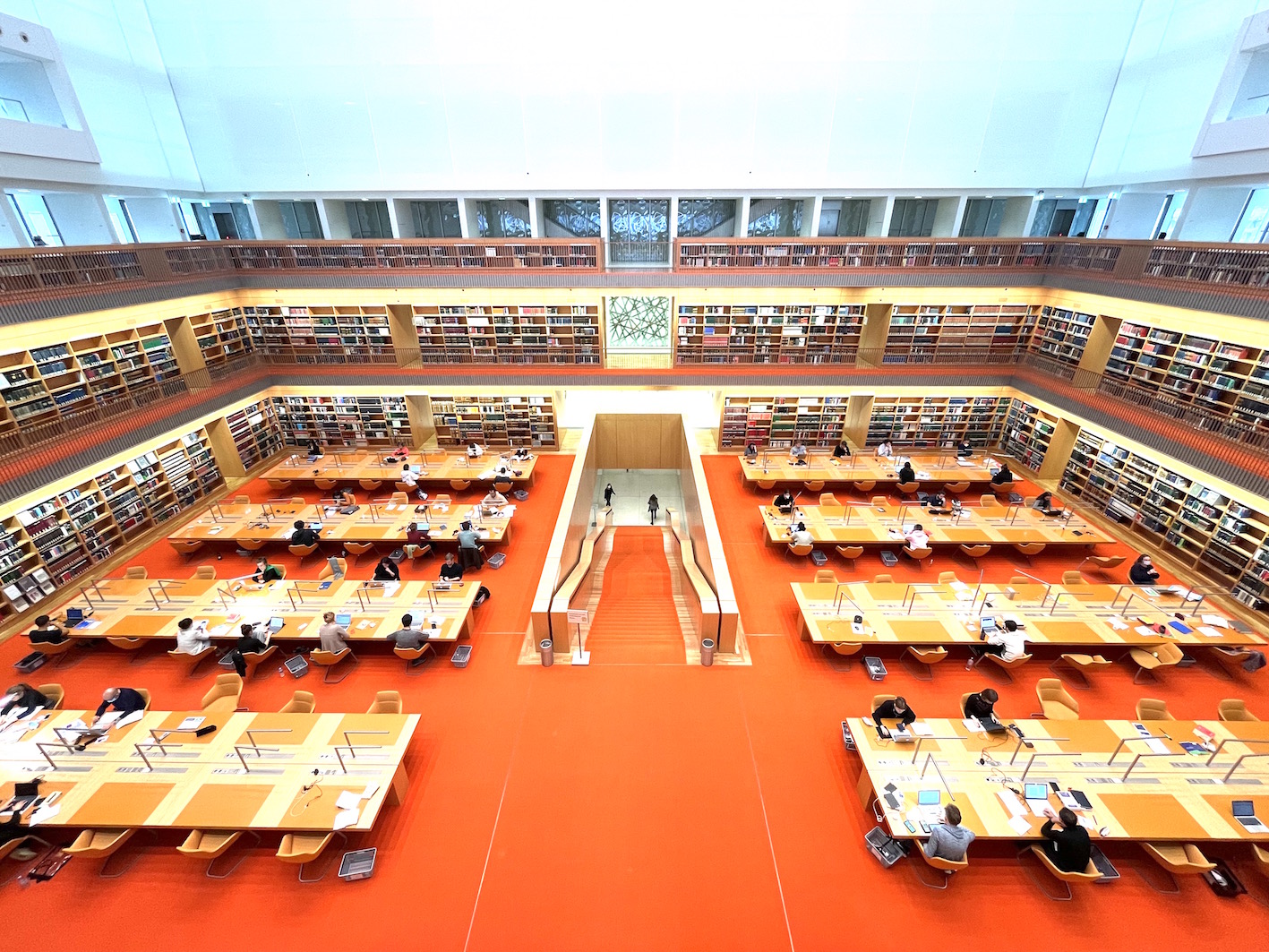 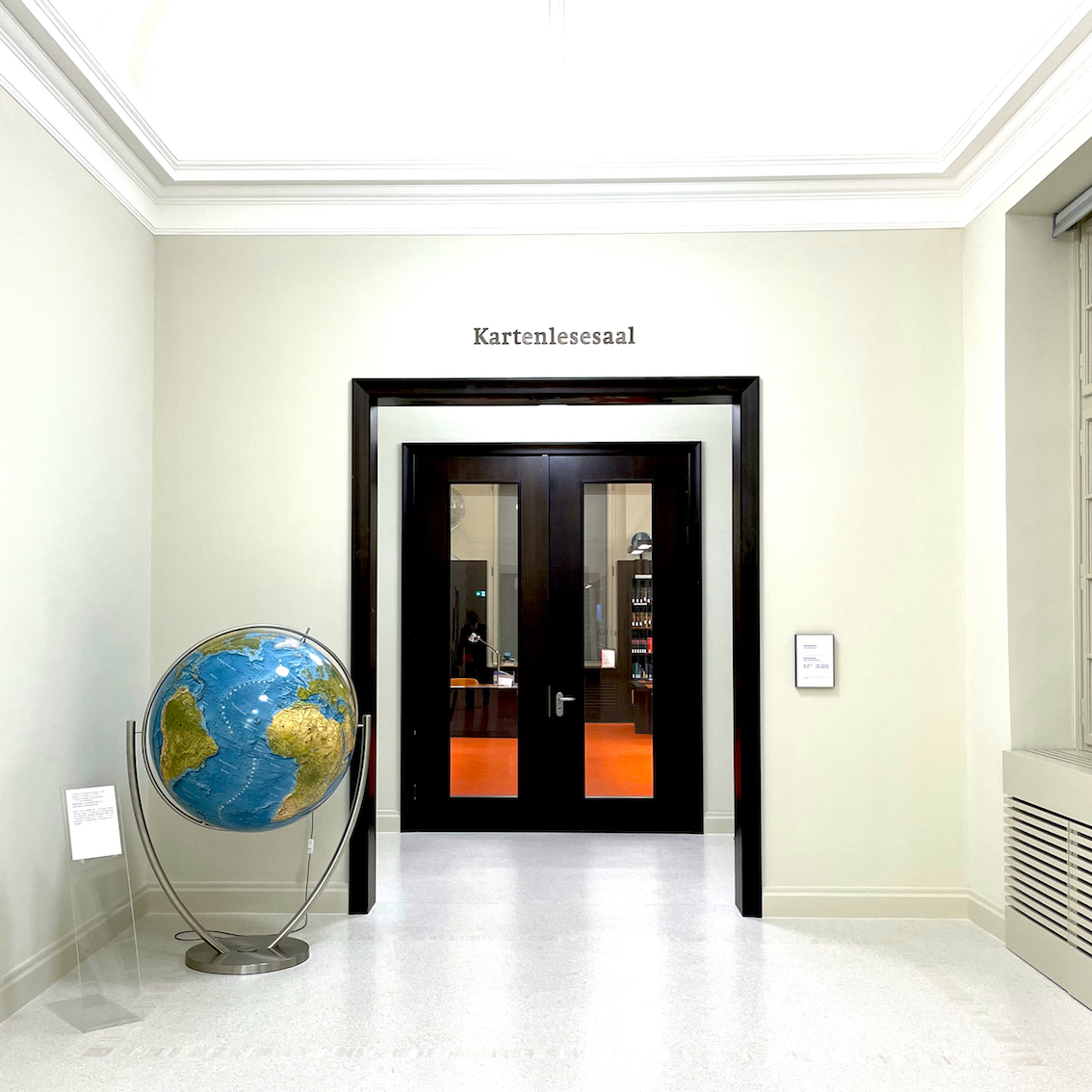 And so now for the rest. Specifically, I had work to do in the Map Reading Room, which has also been redesigned. It involved two searches in the 16th and 18th centuries, respectively, in which the identification of places of origin played a central role. One of my principles in genealogy is “no family research without a map”. Often I find the necessary maps – also historical ones – in the internet, but some special literature like historical place encyclopedias still only in the library.

You are looking for someone for a research in the library? Please read about my services here or contact me directly via e-mail. 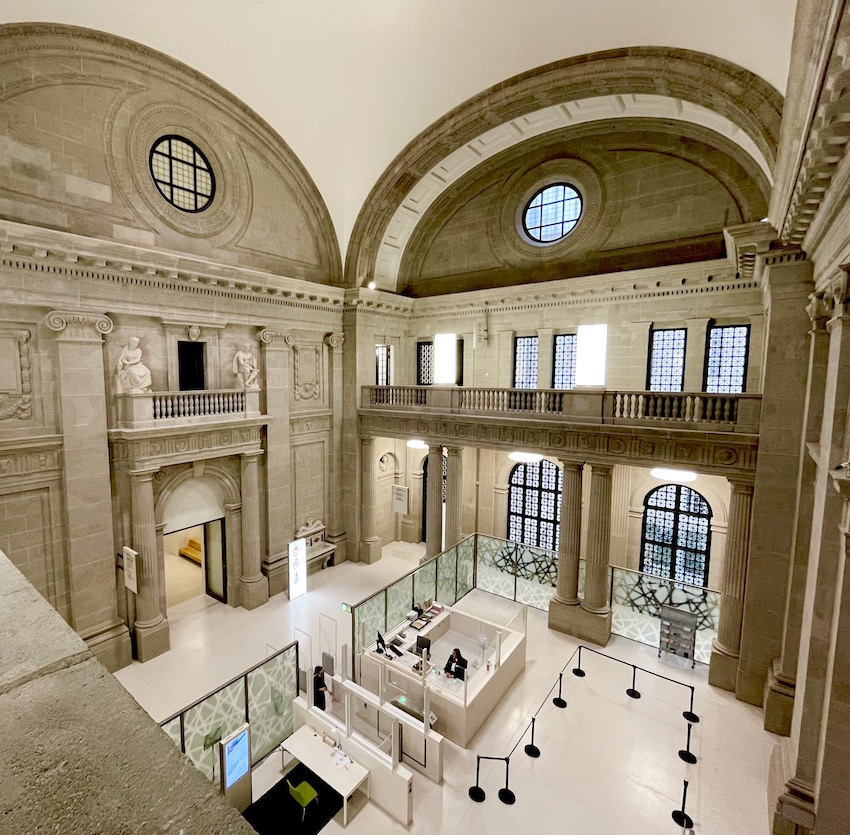 A criticism I have of the new Old State Library is the placement of the reading room access facilities – with barrier, turnstile and glass box – in the bombastic entrance hall, which thus loses much of its grandeur and dignity.