Niklas Frank: In the Shadow of the Reich

“I’m lucky, I can gather the scraps of your life from the archives of Europe and the USA, I can look at them without being bothered by the lying family gossip.”

The most radical work of this kind was probably conducted by the journalist Niklas Frank with his book “In the Shadow of the Reich”, German original: “Der Vater. Eine Abrechnung”, 1987. The main character of this grotesque, cynical and sad indictment was a typical German monster, the Butcher of Poland, Hitler’s governor general in the attacked and terrorized country, Hans Frank. The son (born in 1939) spent years obsessively dealing with his life and crimes. Unlike many other family researchers, he had access to his own childhood memories and, thanks to the dubious prominence of the Nazi profiteer, to numerous written and pictorial sources, letters, official and private diaries, and even the files of the Nuremberg war crimes trials. 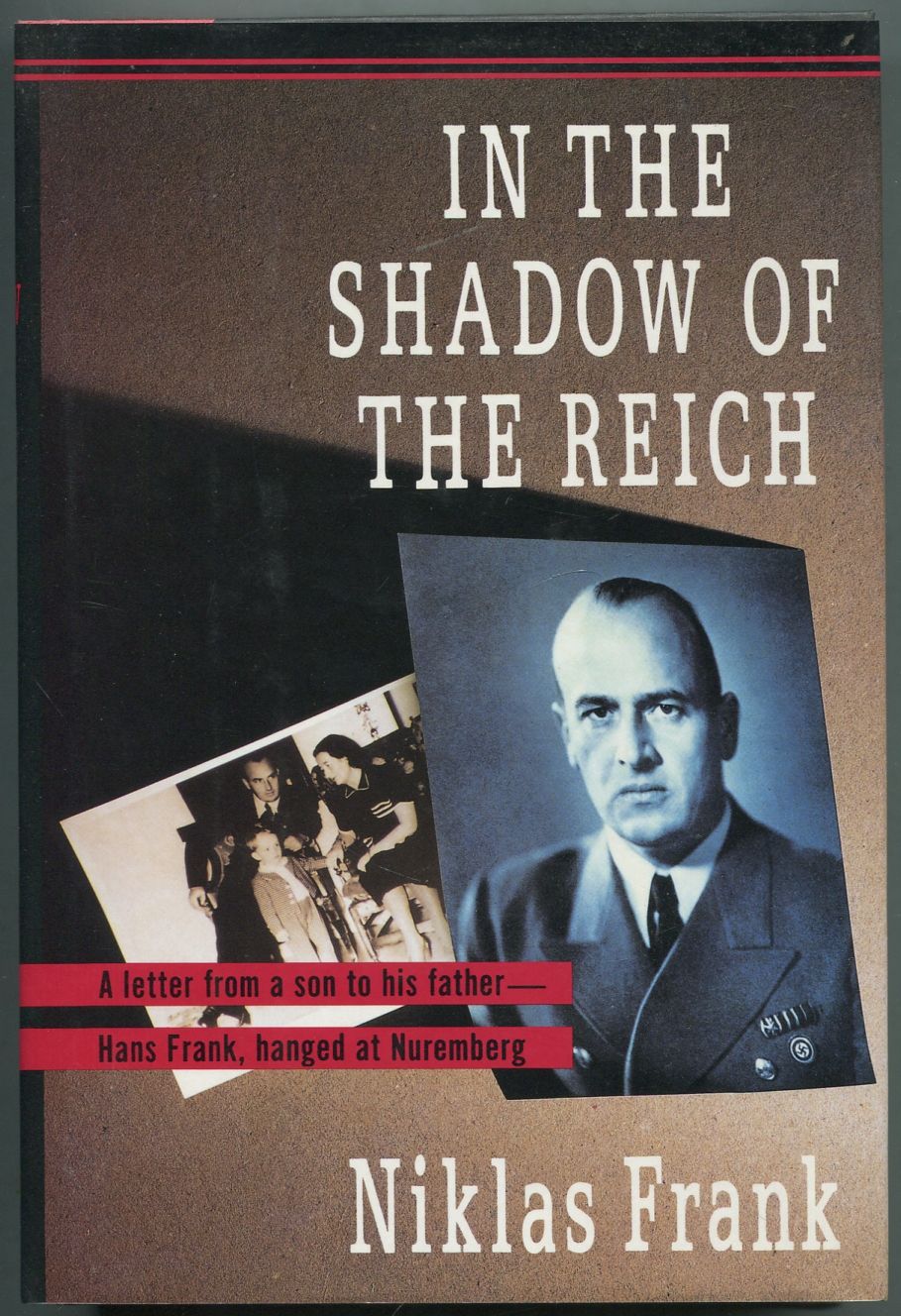 The whole book is a single address, an accusation: “That was your life: corruption”. Fatherly love: out of place. The father is a “weak, vain, characterless boy, so with the right career traits”. An egoistic, pompous and fucking asshole. This pubescent, disgusted language runs through the entire book. Situations or dialogues that are not completely documented in writing are padded by the son in his own words. This may not be historical in the strict sense, but it always seems to be coherent. For it is not primarily about how things were, but rather how the son gets a picture of the father. Diary entries are then commented as follows: “Down to the last, deepest fiber of my ego I belong to the Führer and his glorious movement. A thousand years from now, all Germans will not sound any different (totally wrong, father!).”.

The life of the father ended in 1946 with the death sentence and execution on the gallows. But it went on nevertheless, and in the form of the gallows. This was the abbreviated name of the justification writing entitled In the Face of the Gallows [Im Angesicht des Galgens], which Frank (the father) wrote in prison and which his widow Brigitte (in the depiction of the son even more corrupt and greedy than her husband) had self-published after his death and sold with great success.

In addition to the reckoning with the father, the book (of the son) adds this second level: the nostalgic memories of the time of the German Generalgouvernement in Poland that were widespread in the young Federal Republic, the failure to come to terms with the National Socialist crimes after 1945. Niklas Frank also dealt with this topic in later books, another family reckoning with the Queen of Poland (“Meine deutsche Mutter” [My German Mother], German 2005) and a compilation of denazification acts (“Dunkle Seele, giftiges Maul. Wie skandalös und komisch sich die Deutschen beim Entnazifizieren reinwaschen [How scandalous and funny the Germans cleanse themselves when denazifying], German 2016).

In Frank’s reckoning with his father, it sounds like this: “Crackling your neck saved me from a messed-up life, how would you have poisoned my brain with your blabber. Like the silent majority of my generation who were not lucky enough to have their father hanged.”

Whether and to what extent this radicalism helped the son to cope with the crimes of the father and his own family background, I do not know. But the book shows me that the goal should always be to review and question traditional family stories, to overcome the silence and to draw the right conclusions from the insights gained – however frightening and painful they may be – for one’s own life and well-being. Therefore, regardless of the story of National Socialist debt burden the book tells, I highly recommend it to everyone researching their families.