As a family researcher, I have traveled quite far in Germany in the 15 years of my work. The share of online work is getting higher and higher, but visits to archives are always necessary and in demand. Hamburg, Hanover, Leipzig, Rostock, Bremen, Darmstadt, Munich, Stuttgart, Freiburg…. The list of cities and their archives where I have already done research is long. Where I have not yet been professionally, I have often been privately. But never in Lübeck. 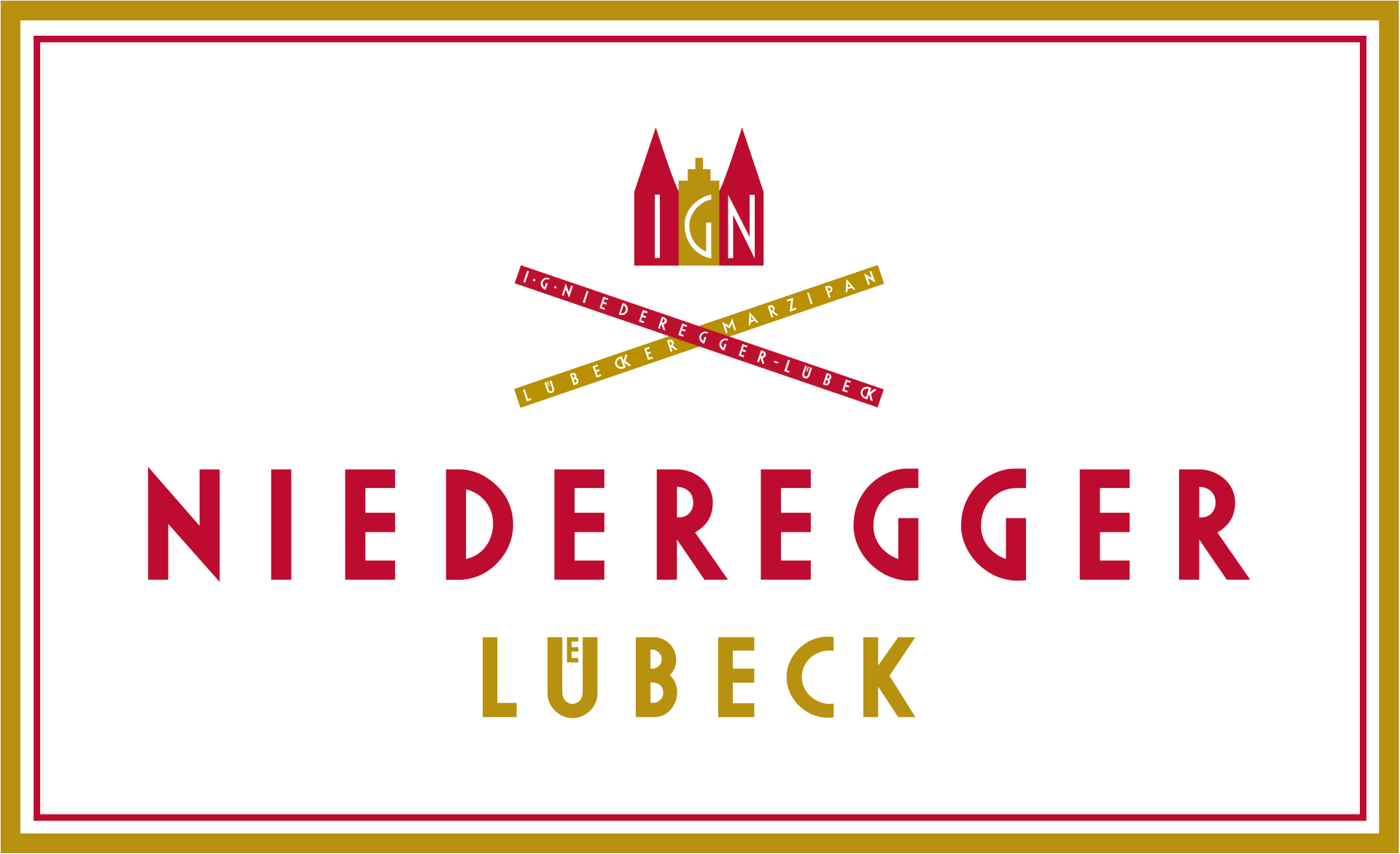 Yet I often encountered Lübeck in my childhood, especially at Christmas time. On the packaging of the world-famous Niederegger Marzipan, the logo with the initials of the company founder Johann Georg Niederegger is emblazoned on a stylized image of the Holsten Gate. In my perception as a child, the Holsten Gate was always a candy, not a late medieval city gate made of bricks.

The history of the company (https://www.niederegger.de/en/history/) is an – almost – uninterrupted family history. Niederegger was born in Ulm in southern Germany in 1777 and came to Lübeck as a confectioner in 1803. In 1806 he founded his almond empire, and when Napoleon imposed a trade embargo, he imported the indispensable raw material from Italy by smuggling it via Heligoland.

Mechanized production began in 1930 with the construction of a factory, which was rebuilt after World War 2 and expanded in 1958. In 1962 the family business moved to its present location. Today it is run by the 8th generation, but in 1838 the management passed into the hands of a confectioner and later into those of his descendants, who also came from Ulm, but was not related to Niederegger. 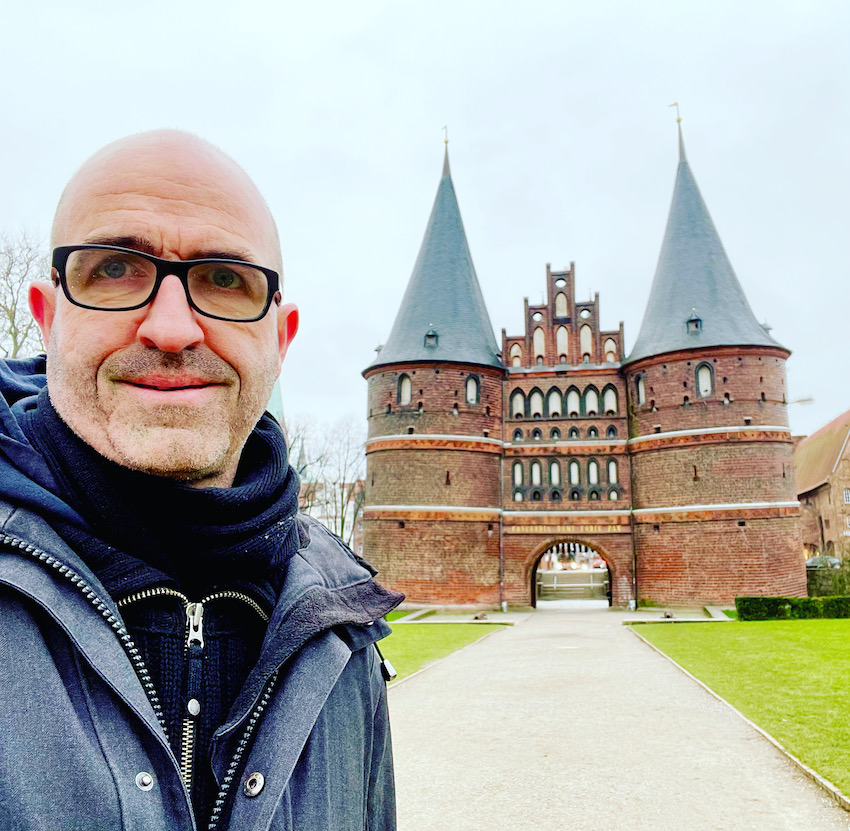 Because of the marzipan, but also because of other images, the Holsten Gate, like the Bremen Town Musicians or the Brandenburg Gate in Berlin, has acquired the status of a world-famous landmark. And now I finally stood in front of it, on my first time in Lübeck!

The Holsten Gate is significant not only as a symbol, but also as a building. Its name, by the way, is simply explained by the fact that it led out of the city to the west, to Holstein. It was completed in 1478 by the wealthy citizens of Lübeck as part of a multiple city fortification. At some time, there were four Holsten gates, one in front of the other, of which the other three were demolished in the course of industrialization in the 19th century. The fourth gate almost did not escape this fate either. In 1863, the citizens decided in favor of its preservation by only one vote. The gate was already in ruins and on the verge of collapse.

After the restoration, which lasted until 1871, the founding year of the German Empire, Lübeck began to make friends with its gate. In 1927, Alfred Mahlau designed the logo for Niederegger Marzipan, which is still used almost unchanged today. Further restorations of the gate took place in 1933/34 and 2005/06.

For almost 70 years, between these two construction measures, a swastika stamped into a rain pipe at the very top survived. It was considered the last National Socialist symbol still on a building and was to be removed in the course of the renovation. However, it was stolen beforehand by an unknown person who had climbed up the scaffolding.

Since 1950, the Holstentor has housed the City Museum, which does not omit the transformation of the rooms into a Hall of Fame and Honor at the time of the National Socialist dictatorship.

However, I did not have time to visit this exhibition. After all, I had actually come to Lübeck for research. But there was half an hour left for a short walk through the old town. Right next to the gate are the salt warehouses on the Trave River, which were built between 1579 and 1745. The trade with salt was essential basis for the wealth of the city. Since some large trees were removed a few years ago, there is a wonderful view from the other side of the river of the sloping houses that seem to support each other. A perfect backdrop for Friedrich Wilhelm Murnau, who shot his classic horror silent film Nosferatu – a Symphony of Horror here in 1922. 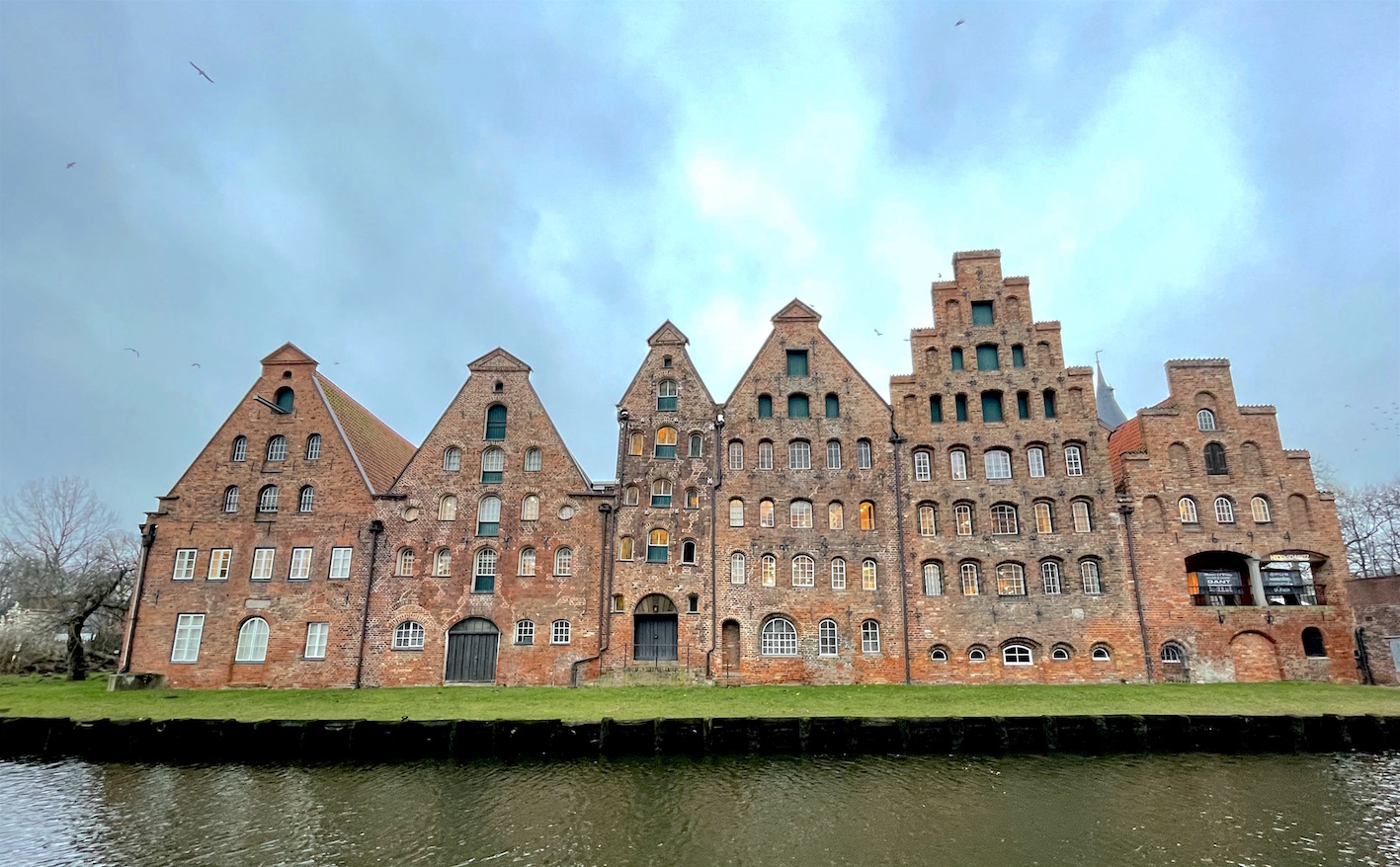 Also gruesome, but quite real, is apparently the danger currently emanating from Lübeck Cathedral: the front is widely cordoned off with a construction fence to protect against falling stones. At 132 meters, the former seat of the bishops of Lübeck is one of the longest brick churches anywhere. It was begun in Romanesque style in 1173 and completed in Gothic style in 1341. 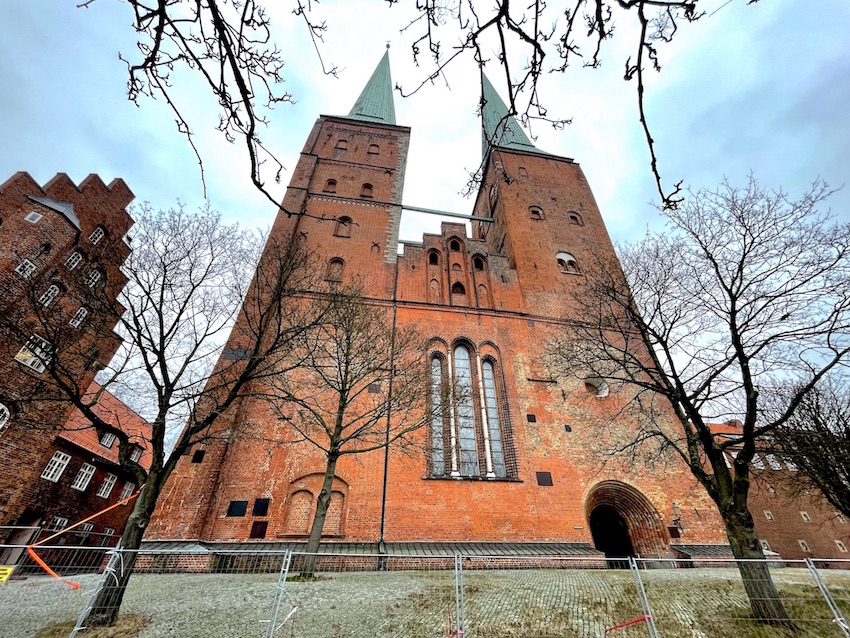 The most striking piece of the interior decoration is the 17-meter high triumphal cross by the Lübeck painter and woodcarver Bernd Notke. It was erected in 1477, exactly the same time as the Holsten Gate. 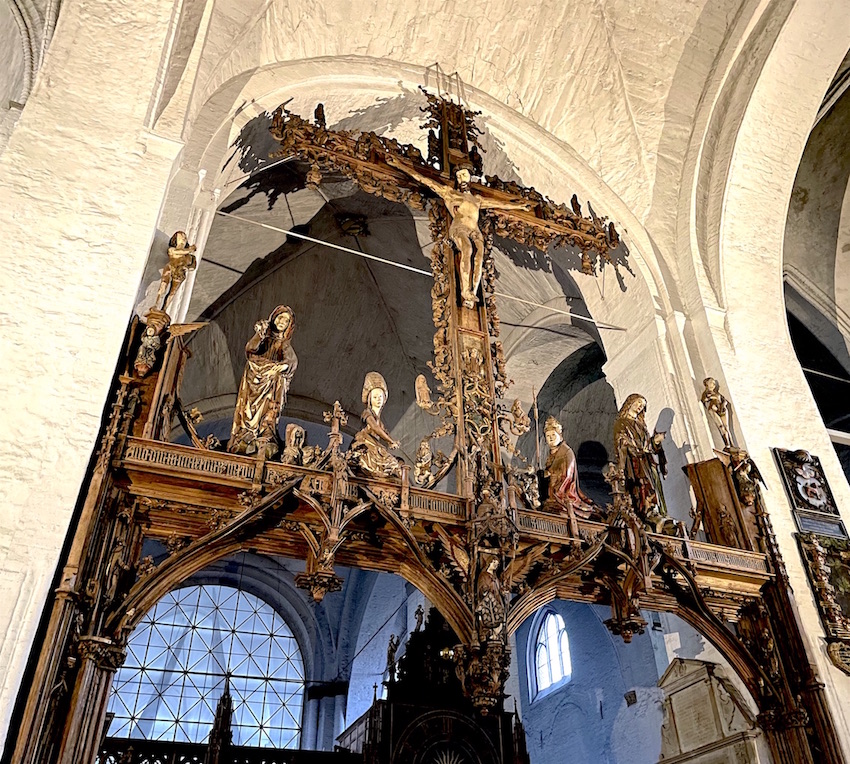 When I uploaded a photo of my first time in Lübeck on social media, a friend in Israel wrote, Remember to buy marzipan! I did, of course.