Do you also know this?

Lenschow no longer exists. Have you ever come across a place during your research that you could not find? Neither on google maps nor on any other modern map? I have experienced this several times, and each time it took me some time longer than usual to identify the place clearly. In the beginning – when I had less experience with such searches – it sometimes even drove me to despair. Today, I usually smell a rat right away. Because just as there are not many possibilities why an infant cries – this realization comes with the experience of fatherhood -, there are not many possibilities with a disappeared place. 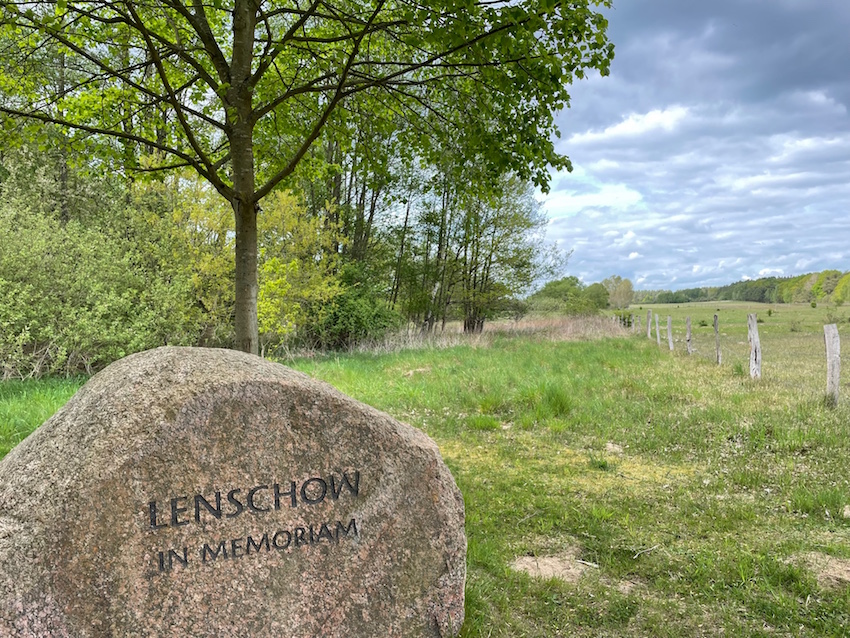 In the first and most common possibility, the place didn’t really disappear at all, but its name did. The place has been renamed. Of course, this is always the case, for example, with those places that once belonged to the German Reich, but are now in Poland, the Czech Republic, Ukraine or Russia. Sometimes the old German name is still in use, as in Königsberg, sometimes – the smaller the place, the more often – rather not. Of course, there can be other reasons for renaming, but they are rather rare in the case of place names, unlike street names, for example.

But actually I would like to write here from the places, which really disappeared. In Germany, there is even a separate scientific discipline for them, the so-called Wüstungsforschung. A place that disappeared from the maps at some point is called Wüstung. The reasons for this – in modern times or already in the Middle Ages – can be manifold. For example, a change in the landscape such as a flood – or rather a succession of repeated floods – may have led to the destruction or abandonment of a place. When a river course changed, places located along it were often relocated as well, and in some cases renamed. Economic factors could be essential, but also demographic changes, for example due to disease or war. The word deserted comes, of course, from desert. It is often hard for the layman to find in the landscape, unlike the “Lost Place,” such as a ruined or ghost town. “Lost Places” are, after all, currently enjoying great popularity because of their romantic morbidity, especially as photo locations. It is fascinating to observe how nature reclaims a place. Locating a deserted site, on the other hand, is more a case for historical science or archaeology, in conjunction with geography. Up to now, this topic has been dealt with mainly by local or regional researchers. Research on deserts is also a part of local history. 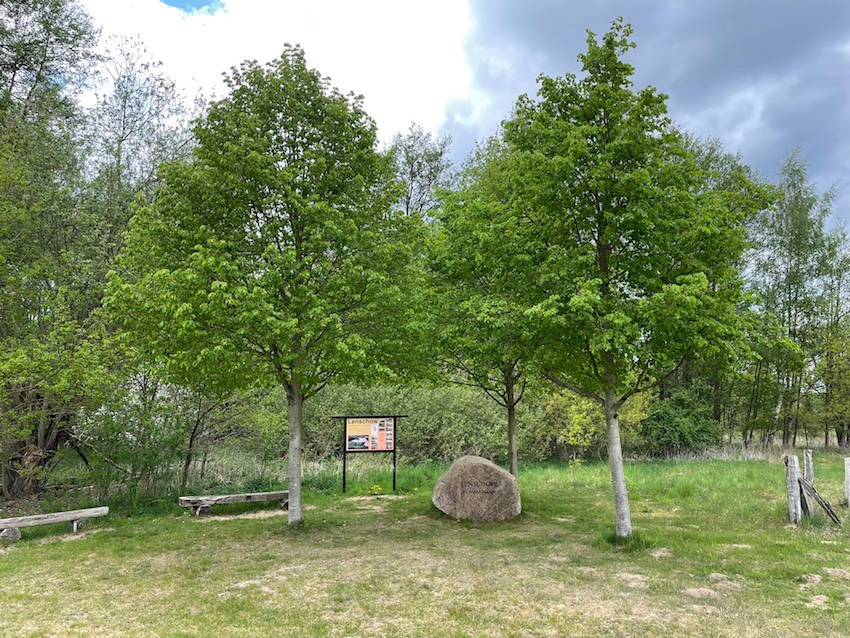 Recently, there is also a comprehensive introduction in book form: Eike Henning Michl, Wüstungsforschung in Deutschland. Eine Einführung, Norderstedt 2021 (in German). Rainer Schreg writes in his Review on HSozKult: Eike Michl attempts to provide a comprehensive introduction to the subject, intended for a broader audience and therefore coming across as an ‘inexpensive workbook.'” (…) “The fascination with lost places is not a new phenomenon. The questions of how it can be that a place has been abandoned, how nature has reclaimed the place, and who has lived here connect researchers and the modern scene that shares its images of abandoned houses on social media. The voyeuristic element, however, is largely lost when looking at the so-called deserts of the Middle Ages and early modern period, as many have fallen into such disrepair and disappeared so much that simply tracking them down poses significant challenges for researchers 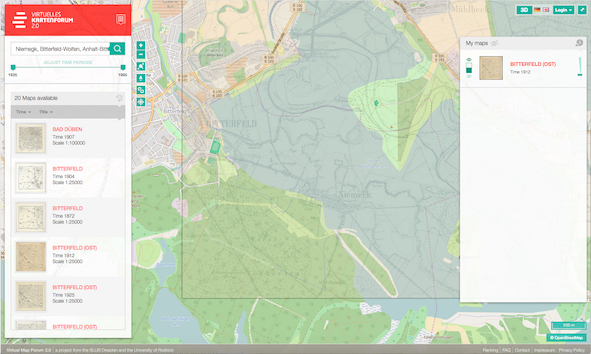 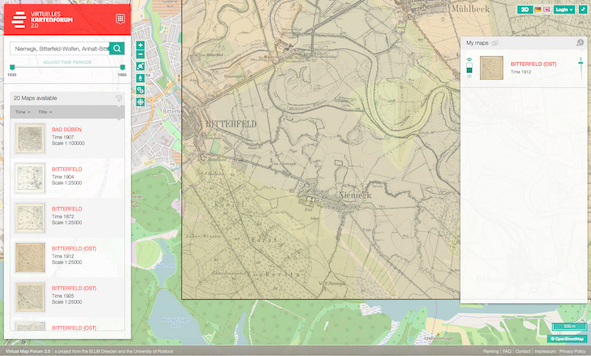 The Tower in the Lake

The early modern period, of course, was not the end of the desolation phenomenon. It continues to this day, even if the causes were usually somewhat different in the 19th or 20th centuries than in the centuries before. Almost always it was economic or political-military reasons. Places disappeared into reservoirs. In the Italian South Tyrol, the old church tower in Lake Reschen has even become a landmark. In Germany, the biggest place-eater was and still is open-cast coal mining. With the place Niemegk it was once particularly tricky for me. There is indeed a town of this name in Brandenburg. However, the area did not correspond at all with my other research in the case. Finally, with the help of old maps, I found a place of the same name in southern Saxony-Anhalt, in the brown coal area near Bitterfeld (maps: https://kartenforum.slub-dresden.de/). It was simply dredged away, the pit became a lake. This place was the one I was looking for. There can hardly be a better illustration for my motto No genealogy without a map.

Military or political reasons can also be responsible for the disappearance of a village. In the village of Wollseifen in the Eifel, for example, British – and later Belgian – forces practiced housing combat from 1946 after it had been cleared for the Vogelsang military training area. In 2006, the training area was abandoned, and today the Lost Place Wollseifen can be visited again. Some houses and the church are still standing there. 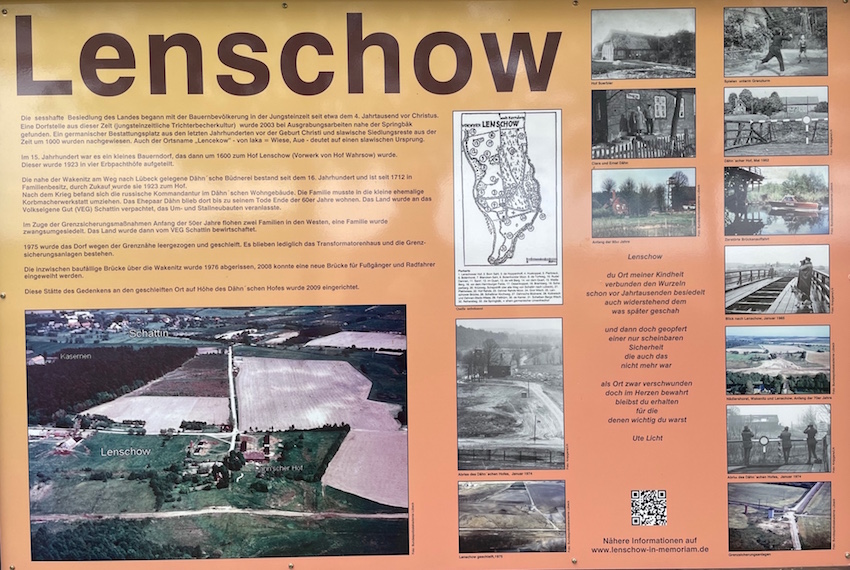 In Lenschow, however, there is no building left. Now I return to the village from the beginning of this text. In fact, I have been there recently and took photos of the deserted village. It lies very romantically south of Lübeck in Schleswig-Holstein on the river Wakenitz. As a whimsical feature, more than 300 South American nandus now live wild here after some animals escaped from a nearby breeding farm in 2000. A person from one of my research projects was born in Lenschow at the end of the 19th century, so the place was of interest to me. I came by bike here rather by chance during a short vacation, but when it comes to history, my work accompanies me even in my free time. An information board, an inscribed boulder and the website http://www.lenschow-in-memoriam.de/ remind of the former village. The village was demolished in 1975 by the GDR authorities in connection with border security measures, or: desettled. That is the official name for it. Here ran the border between the two German states, today the border between the states of Schleswig-Holstein and Mecklenburg-Vorpommern. Here, as on the 1393 kilometers to the border between Bavaria and Saxony, the death strip has become the Green Belt, one of the largest nature conservation projects in Germany, thanks to the political change, the Wende of 1989.