Hardly any other place in Brandenburg presents itself as much as a place of history as the Friedensstadt (city of peace) in Glau, situated in the Nuthe-Nieplitz Nature Park in Lower Fläming, between the small town of Trebbin and the picturesque Blankensee Castle.
Under the impression of the catastrophe of World War I, the religious and social reformer Joseph Weissenberg (1855-1941) founded a settlement here based on his ideals of peace and faith.
The National Socialists expropriated the ecclesiastical association, used the site for military purposes and set up a branch of the Sachsenhausen concentration camp.
After the war, the Red Army occupied the grounds. After reunification and their withdrawal in 1994, they returned it to the Johannische Kirche, the legal successor to Weissenberg’s association.

Today, around 400 people live in the Friedensstadt (> Website of the Friedensstadt). The spiritually influenced theology of the founder Joseph Weißenberg and an awareness of social and ecological responsibility serve as the basis for this. There is a solar field, inclusive living, a medical institute, a petting zoo, educational and cultural work. The school, built in 1936, shortly before the Nazis expropriated the land, is used as a community center. 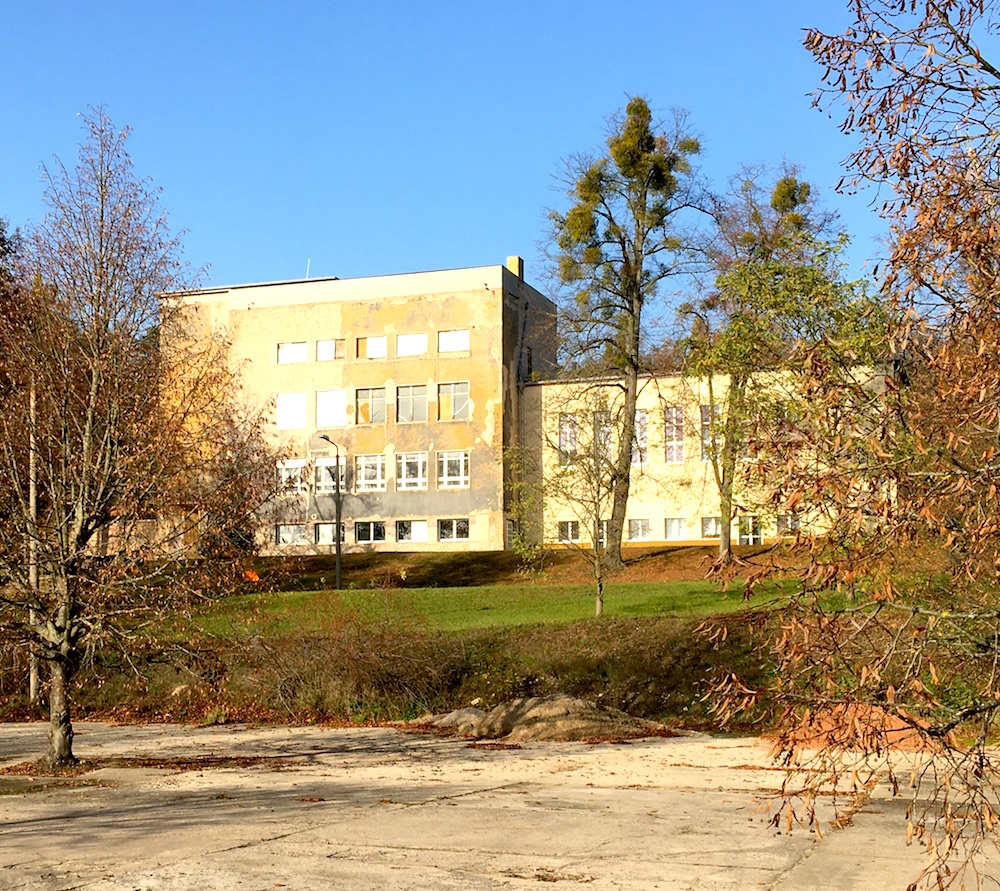 Information boards tell the varied history of the place. Between 1942 and 1945, about 180 politically or religiously persecuted persons were held in the barracks of the Reichsarbeitsdienst (Reich Labor Service). 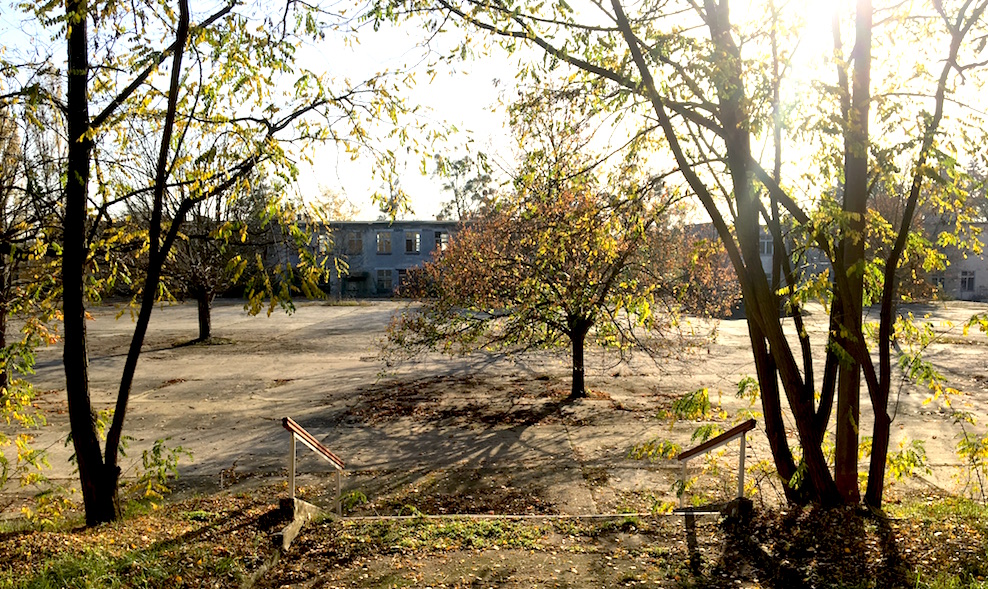 The concrete surface of the parade ground from the time of the Soviet garrison is now broken up by trees. The old buildings on its sides are used as warehouses and workshops. Only the lettering still bears witness to the former market hall. 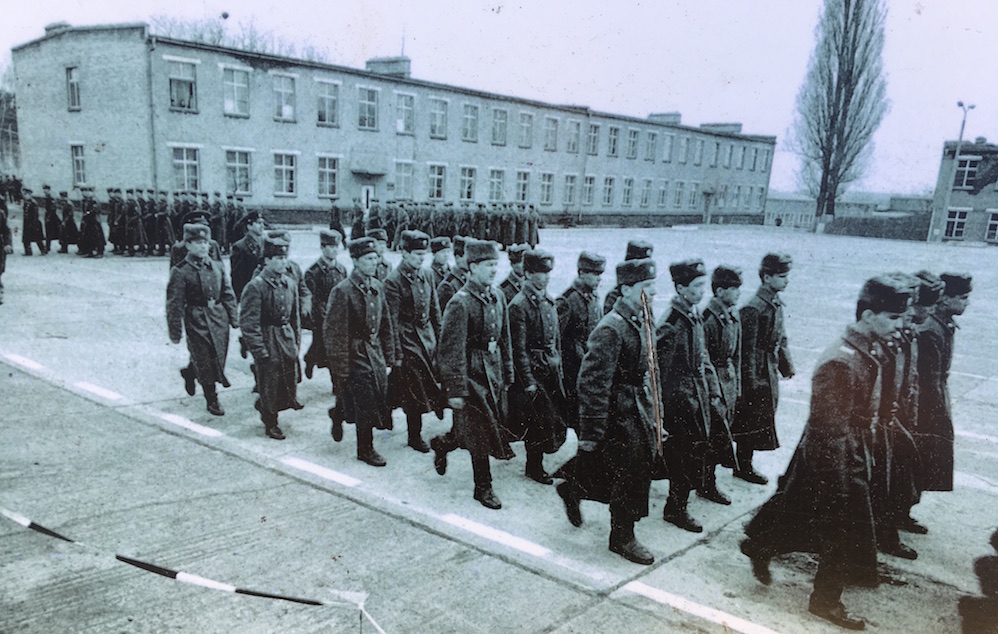 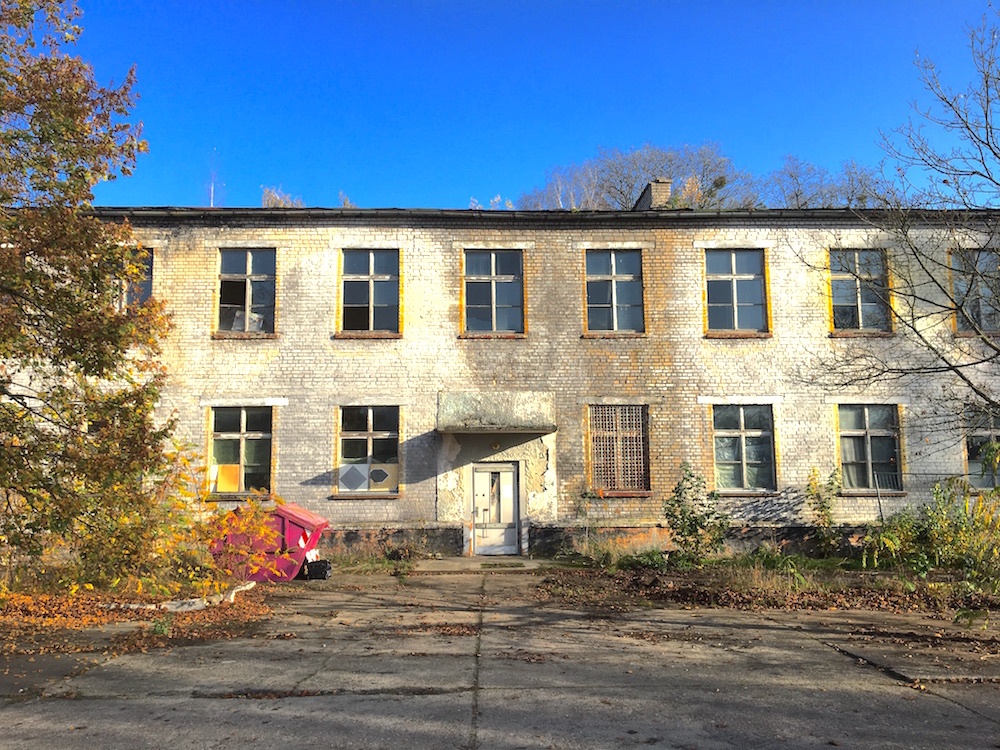 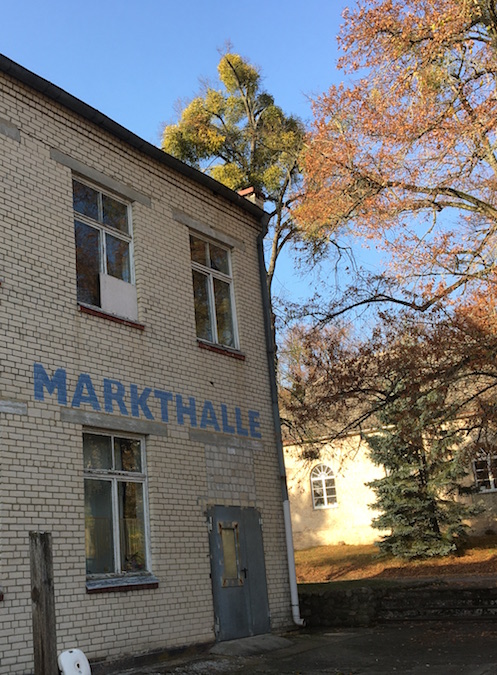 In 1931 an old pension was turned into the inn “Zur Sonne” with a hall for over 600 people. In the forties the Gestapo celebrated here, later the Russians showed their soldiers propaganda films here. Today parts of the large complex are a youth center of the church, others are in danger of collapsing. 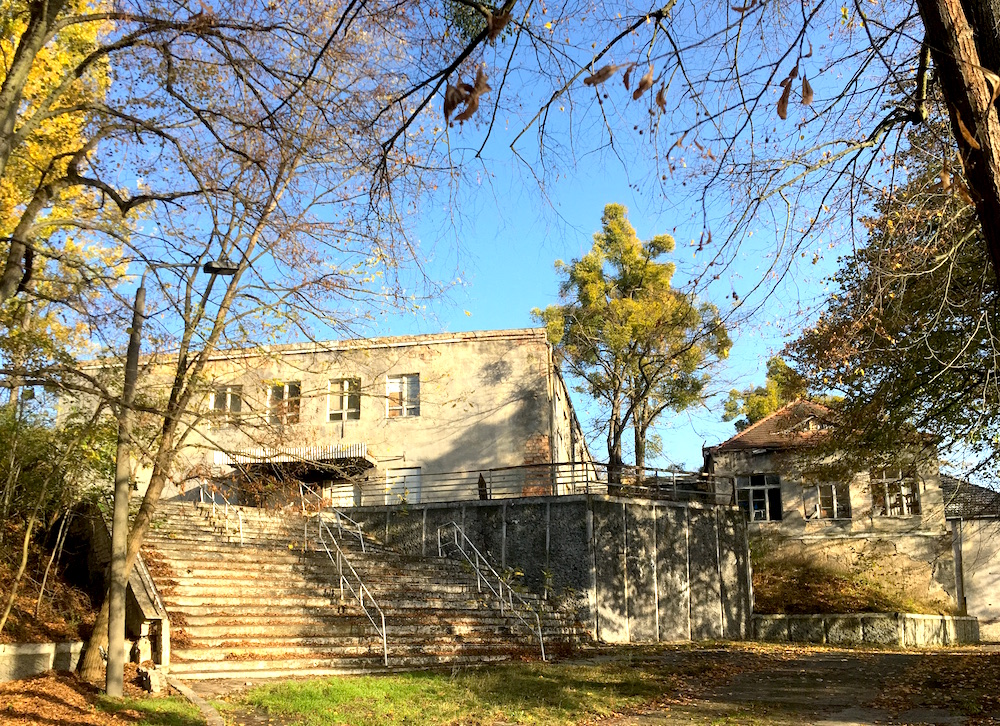 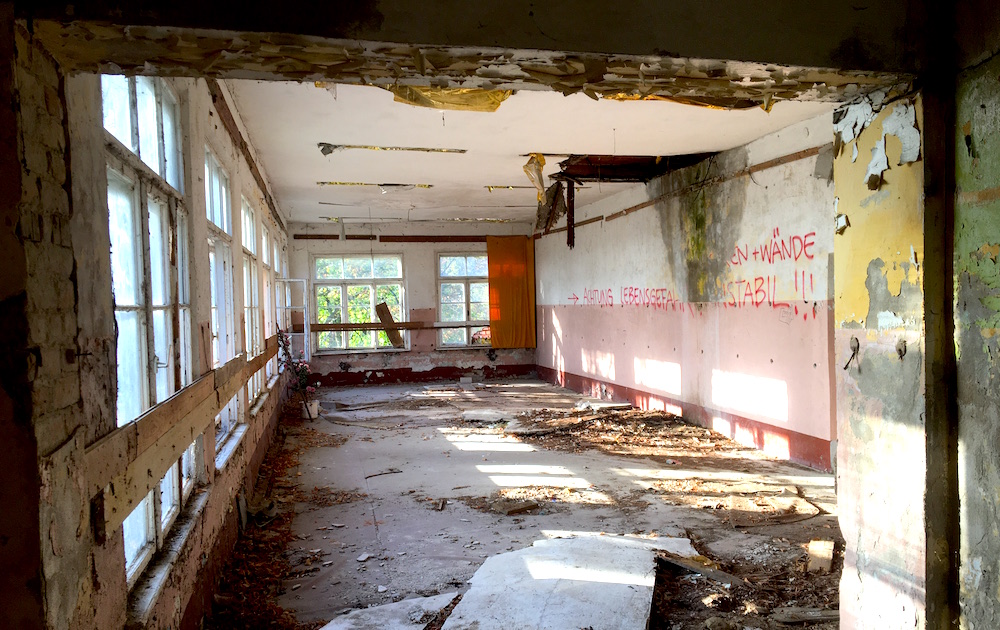 Today, you can also spend your vacation in the Friedensstadt, in guest rooms and vacation apartments. On the area of the neighboring old military training area of the Soviet garrison there is the Nuthe-Nieplitz Nature Park Center and a game reserve.
Just as the settlement in the 1920s offered an alternative to the cramped tenement blocks of the metropolis of Berlin, the beautiful landscape of the Fläming region is now ideal for hiking and relaxing, with history as your steady companion. 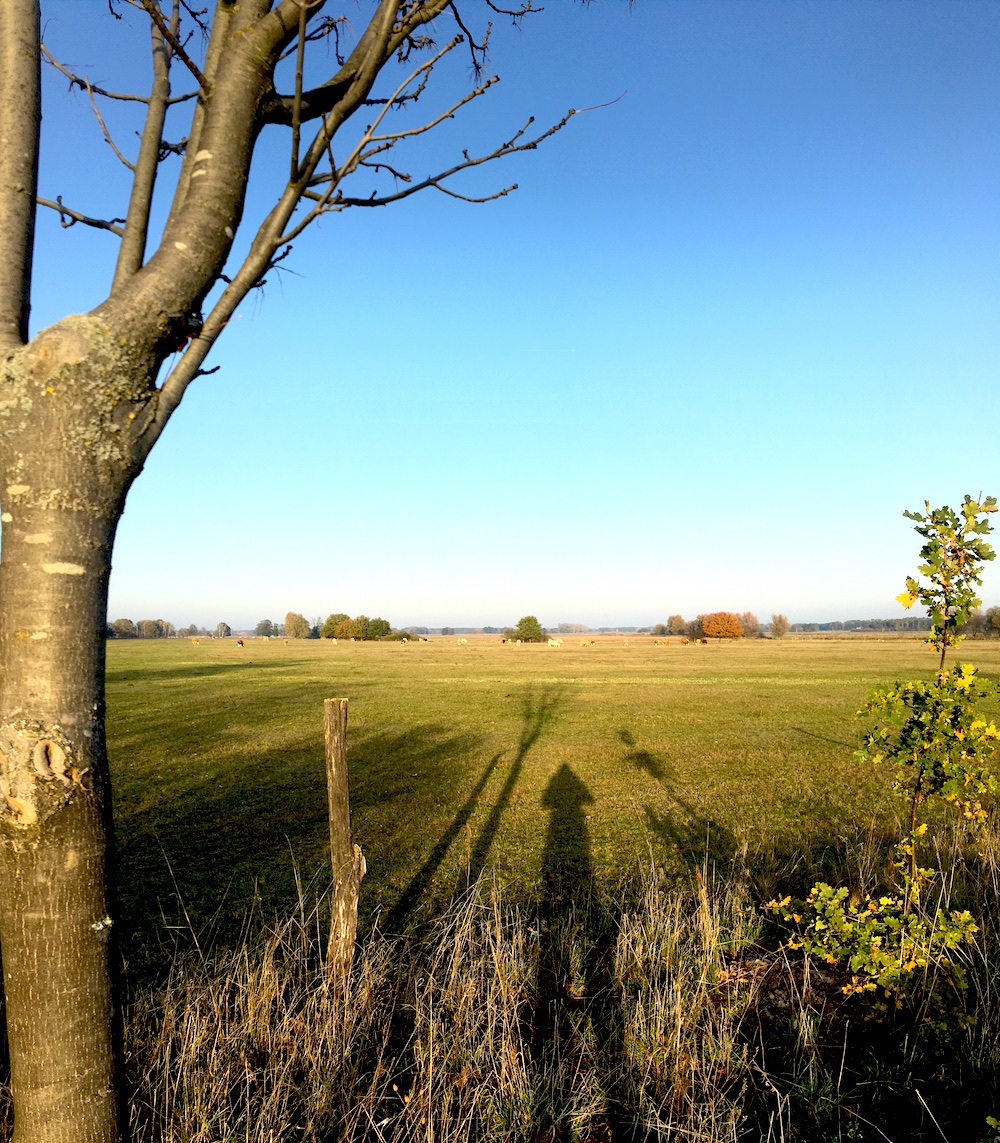