A Name with a Sound

My parents had a friend named Gildemeister. Therefore, even as a child, I knew that this name stood for a respected bourgeois family in my hometown of Bremen.
Johann Friedrich Gildemeister (1750-1812) and his son Johann Carl Friedrich (1779-1849) were doctors of law, the son also a Bremen senator, as was his son, the translator and writer Otto Gildemeister (1823-1902). In 1871-1875, 1882, 1884 and 1886 Otto Gildemeister also held the office of mayor. He is also credited with the Low German motto of the Bremen merchants: buten un binnen – wagen und winnen (outside and inside – dare and win). Since 1899 it has been part of the facade decoration of the so-called Schütting, the house of the Bremen merchants at the market. Every citizen of Bremen still knows this motto, at least the first half, through the daily Bremen news broadcast entitled Buten und Binnen. 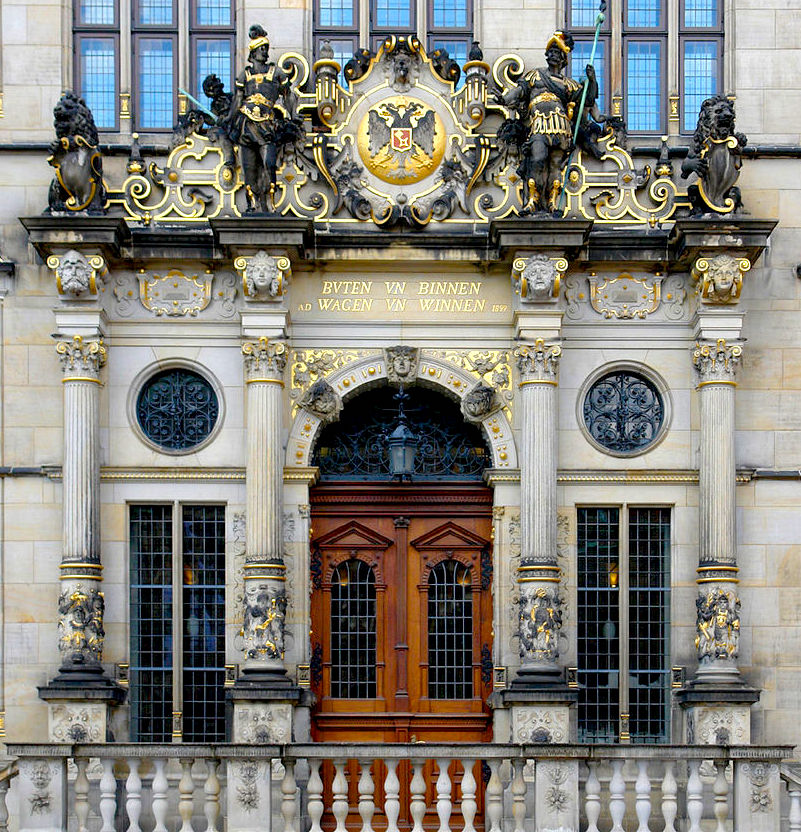 The list of deserving Gildemeisters could be continued. But it should already be clear why I paid attention when an old school friend mentioned an August Wilhelm Gildemeister diary at a class reunion a few years ago. He had inherited this leather-bound notebook from his grandfather, and he was happy to make it available to me for my work as a historian and genealogist.
But the family tree of the Gildemeisters was not that interesting for me. My work is often about family trees, about names, places and dates of births, marriages and deaths, i.e. about the key data of human life, which are the backbone of genealogy. But the appeal of this diary is quite different. You can’t get any closer to the experiences of the young merchant’s son in a foreign land. And so, in 2015, I decided to publish this diary as a kind of leisure activity and without commission. In a renaming and complete redesign of my website, it disappeared from it again after a few years. However, I’ve been asked about it more often lately, so I’m happy to upload it here again. I am pleased if Gildemeister’s experiences in the years 1813 and 1815 meet with interest. A detailed newspaper article about my work by Erika Thies, which appeared in the Bremer Weser-Kurier on May 1, 2016 and can be read here (in German), has certainly contributed to this. 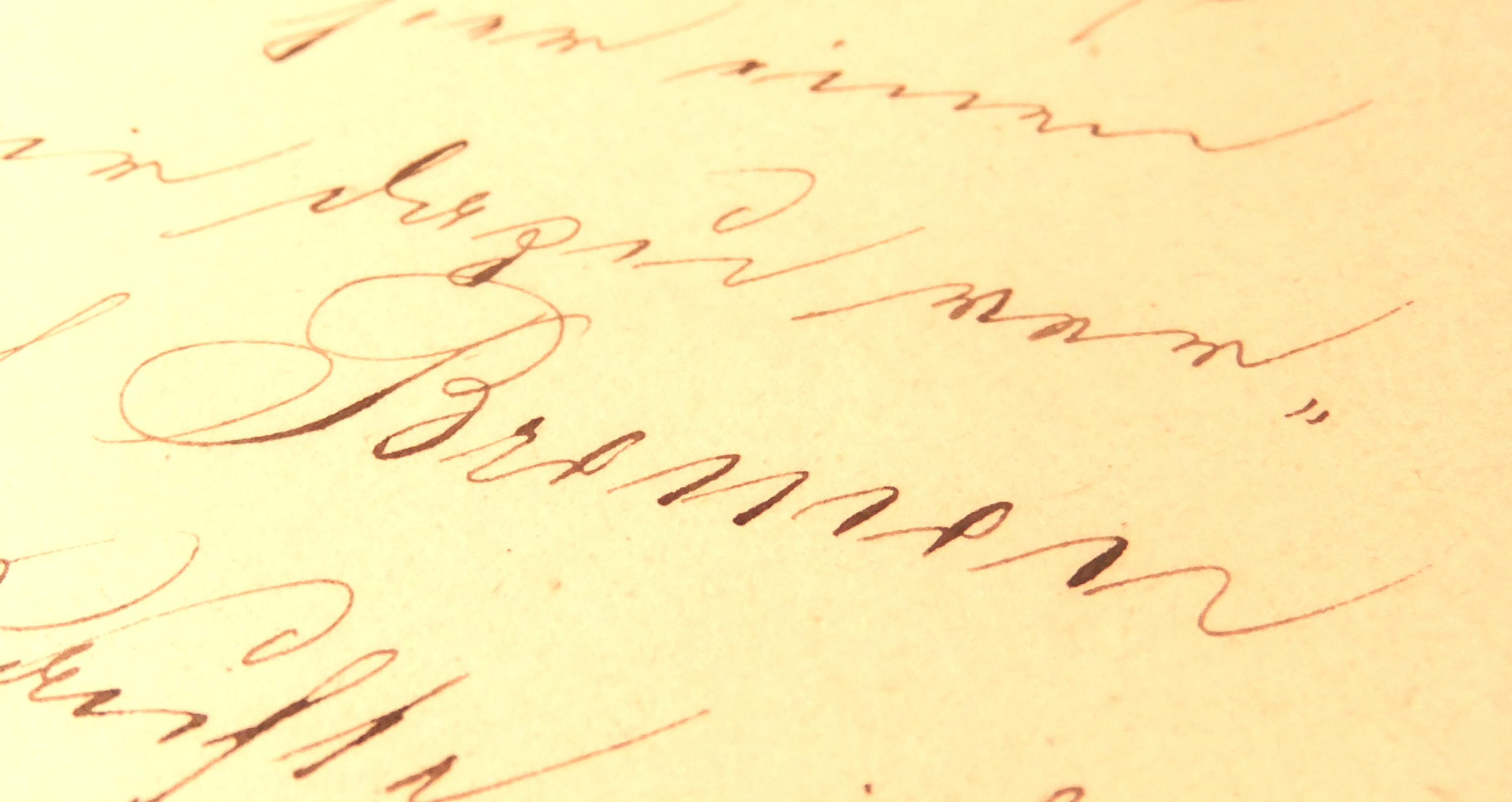 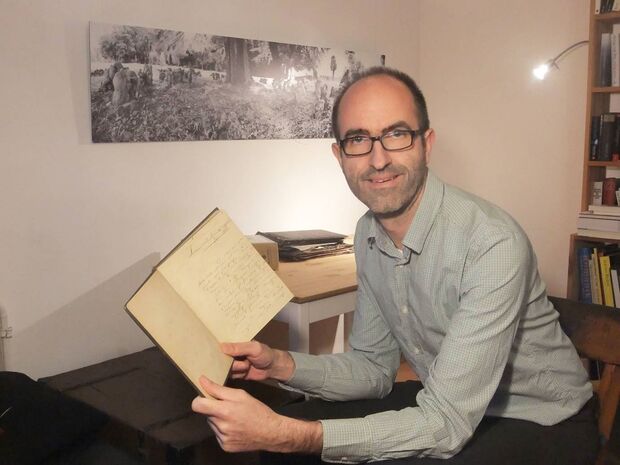 The diary comes from an era that freedom-loving Bremen did not like to remember: the French period. It was short between 1810 and 1813, but nevertheless an incision. Among other things, Napoleon had the idea that rich and respected citizens could no longer buy their sons out of military service. And so, in September 1813, Gildemeister was one of 80 young men from Bremen who were to march to Lyon on Napoleon’s behalf to form up with other contingents into the 4th Regiment of the Garde d’Honneur, the Honor Guard.
Before their departure, the Bremen men gathered at the eastern city gate, the Ostertor, i.e. in today’s Viertel (Quarter), where I also spent my first years of life and later many an evening in trendy pubs. 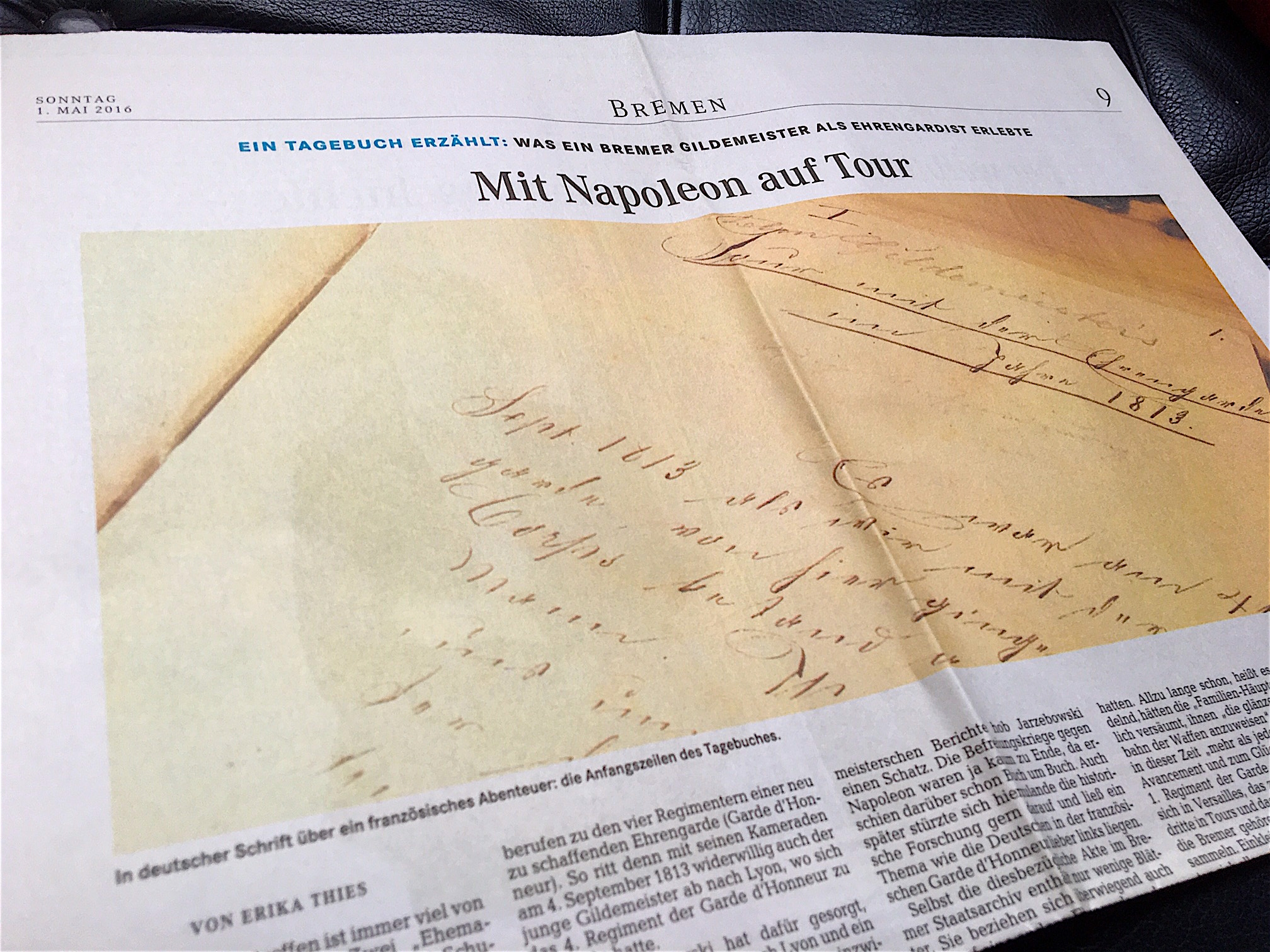 Gildemeister and his buddies tried to make the unpleasant duty, started at the Ostertor on a very sad day, as pleasant as possible. Music played a big part in this:
As long as von Kapff was still with us, this one a great music lover and good singer, we usually came together in the evening in one of our quarters to sing; to the end I had taken 3 booklets of tercets with me, which we rehearsed quite well and by the fact that some other comrades were musical, so the music made us also later, as v. Kapff left us, many a happy hour (added: and sweetened the many heavinesses of the campaign).
I also find a passage about making music in the forest particularly touching:
Wilm and I were still playing douette on the flageolet together in the evening, which sounded quite pretty in the wood, but soon after a strong thunderstorm drove us away, which came up very quickly and forced us each to flee to our quarters.

Anyone expecting exciting battle scenes will be disappointed: when he and his comrades are ordered to move to Paris and defend the city on January 19, 1814, they desert. However, Gildemeister does experience and survive one battlefield, albeit on the other side, the right side from his point of view: against Napoleon. In April 1815, Gildemeister and other volunteers set out again from Bremen and joined the Freikorps under the command of Ludwig Adolf Wilhelm von Lützow. The uniform colors of this unit – black cloth, red collar and gold buttons – later formed the basis for the German flag.
In this position of ours we had the sight of the whole battlefield, where the troops were fencing in long lines. From the many hundreds of cannons firing against each other here, one did not hear individual shots, but the cannonade was like a continuous drum roll, and where also no pause of a second remained between and a tremendous powder vapor covered all the terrible scenes.
Gildemeister describes in detail the course of the battle on June 16, 1815, near the town of Ligny in Belgium, certainly one of the dramatic highlights of the diary.

Other than that, a lot of it is about the weather and the quality of the quarters. Much the same way we used to send vacation postcards home until recently – before we started using electronical text messages instead.
But there are also entertainingly whimsical passages like Gildemeister’s tour of the greatest oddity in Trier, the ancient Roman Porta Nigra:
On one side on the right hand left, where one goes through the small gate, after having climbed up three steps, a majestic sight presents itself to the eye, three solvovenia in a row rise in the background of the building, where according to legend St Peter himself is supposed to have performed his emergency with his own popo, I wonder if it is true?
The writer must have got a few things mixed up, probably he is referring to the east tower, where the Byzantine monk Simeon is said to have walled himself up in the 11th century, not St. Peter! What Solvovenia is supposed to mean, I don’t know. Many foreign words, especially French, are misspelled in the diary. Most of them I could break down. This one I can’t. Who can help?
How the passage about St Peter’s popo gets into Gildemeister’s diary, he explains himself afterwards:
This very dear gibberish has been written down deceitfully by my cursed comrades Weber and Feitzmann without my knowledge and will.
A. W. Gildemeister, Nov. 11, 1814.
Also beautiful is the description of a sightseeing tour of Paris on July 8, 1815, with which the report of the second trip unfortunately breaks off:
From the garden, we went to the adjoining Cabinet of Naturalia. In the animal kingdom, what seemed particularly strange to us was the kangaroo from New Holland, the marsupial, the ant lion, the ai, the platypus, the ostrich, the rhinoceros, the giraffe, the largest of all animals, and the only specimen possessed so far in Europe, the minnow, the llama, the racing bull, the musk deer, the Angora goat, the humpbacked cow, the wildebeest, the various gazelles, etc.
The full text of August Wilhelm Gildemeister’s diary can be found under the Sources menu item or here (introduction in English, text of diary in German only).
I am happy about comments, corrections and possible questions.