Childhood as a Core

In my understanding, literary works are often – just like family trees, only in a different way – the result of an occupation with one’s own roots. The processing of memories of one’s own childhood, of parents and grandparents in fictional texts is thus also a form of family research. Many writers draw much of their inspiration from this treasure trove of memories. This is especially true for one of my personal favorite authors: Aharon Appelfeld. In his more than 40 novels, the subject of childhood and family is not only the main subject, but the very core from which his way of writing and writing in general grows.

Appelfeld, who was born near Czernowitz in Bukovina (now Romania) in 1932 and died in Israel in 2018, was a Child Survivor (see also my previous review of Rebecca Clifford’s book Survivors). When he was eight, his mother was killed by Romanian anti-Semites, and he and his father were sent to a labor camp and separated from each other. He fled, hiding in the woods, working on Romanian farms and covering up his Jewish identity. In 1944 he joined the Red Army as a kitchen boy and emigrated to Israel after the end of the war. Only in 1950 did he learn that his father had also survived.

The Poetics of Writing

In Meine Eltern, his last book published in Germany in 2017 before his death, the focus is not on this fate of the war years, but on the time before. The eight-year-old Erwin spends the summer of 1938 carefree on the Pruth River in the Carpathian Mountains, while in the far distance the danger of aggression, persecution and war slowly looms like dark clouds. But Appelfeld does not write remembrance literature, as he expressly emphasizes: Preserving and capturing memories is an anti-artistic approach. The experiences of his childhood and youth are the ground from which his writing grows and the orientation that protects against confusion. For the artistic creative process, the child’s naive gaze is needed throughout his life. 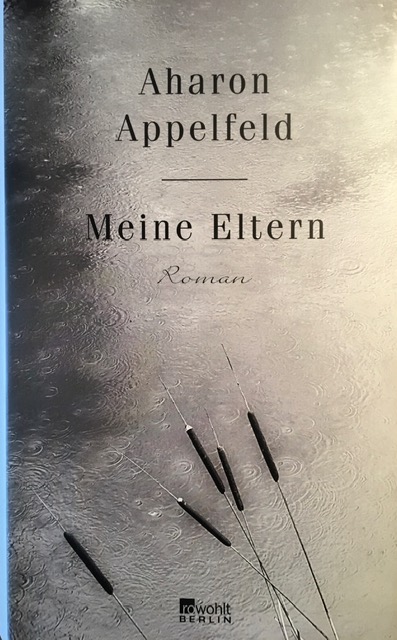 The beginning of Meine Eltern actually reads more like poetics, like a treatise on writing. Yet Appelfeld succeeds very elegantly in gradually drawing the reader into his story. The unembellished language, the simple and strong descriptions – a field of yellow sunflowers, silver poplars that whisper day and night, tall, dense reeds in which birds nest, whose bright whistling wakes me up at night – have taken me to the banks of the Pruth River as I read it. There, from a child’s perspective, we gradually get to know the other summer visitors, all of them from the Jewish middle class of Czernowitz. The one-legged man who hides his loneliness behind an authoritarian tone, the woman with large breasts surrounded by colorful summer accessories in search of a lover, the fortune teller Rosa Klein, the writer Karl König.

The Voices of the Parents

The boy’s own impressions are often commented on by his parents, mostly dissonantly in two voices, by the sober-sarcastic father who despised people who could not control themselves in a different tone than by the empathetic mother whose relationship to people, animals and objects was full of devotion. The child’s view of his parents, of their different characters and their dealings with each other, is the title-giving theme of the book, also the reflection on how these characteristics have developed united within himself: To write, it takes a strong feeling, enthusiastic imagination and devotion, but without thought and precise selection, it becomes nothing more than a kind of formless porridge.

The parents also view the threat of disaster and people’s fear of it differently. As early as 1938, many suspected that a great war was imminent that would be directed against the Jews, Appelfeld writes. But no one could imagine the extent of it. Some of the vacationers on the Pruth calm themselves: The high German culture will not let itself be dominated by a dictator. Others express doubts about it. The mother: We all make mistakes at times. To err is human. The father: To err and to err again is stupidity.
The mother understands people’s panic about what is threatening. The father asks: Can the panic stop the war?

Back in the city, the summer guests meet again for the funeral of the one-legged man. The father fights – in the end in vain – for the existence of his factory, the boy is insulted and beaten up as a dirty Jew on the way to school, the mother tries to make the home a place of security. This, too, cannot succeed. The war is still far away, she says to Erwin, but the boy breaks into tears, because he feels that nothing can stop it.

Aharon Appelfeld has written an incredibly beautiful book and an incredibly sad one. I, who otherwise deals with family stories in a more objective way, wouldn’t want to do without this poetic voice.

As the book has not yet been translated into English I can only refer English readers to the other works of this author: